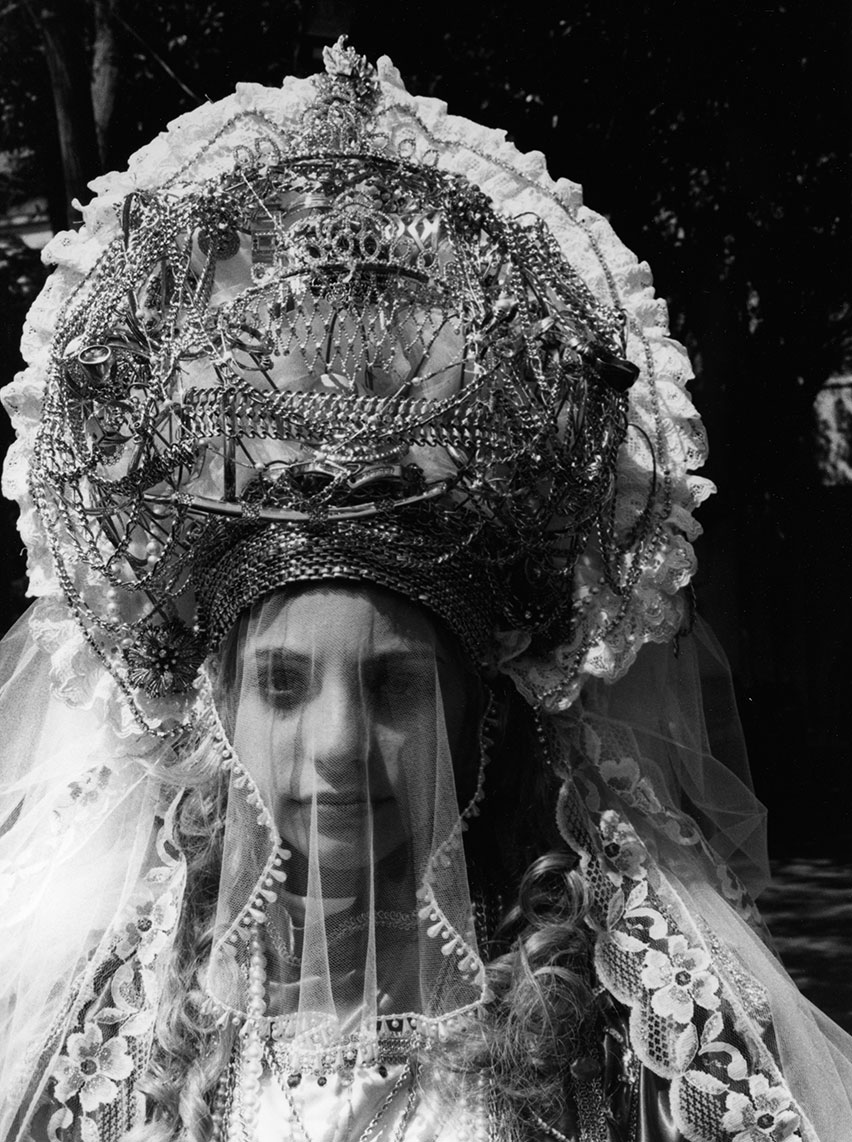 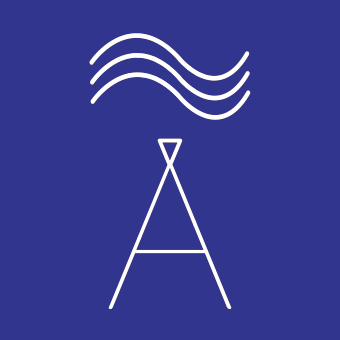 Please share a moment of attention through my few words entrusted to the courtesy of Tamara. This event is called “A view of Italy from above”, but, in the case of Tamara, I should say “view from inside” because, like all great travelers, Tamara is an artist who moves to see people from very near; indeed, to probe the possibility of identification. Her exhibition has as theme the Royal Way which means the right way, the one that is, in fact, drawn from Art.   Here the protagonist is Sicily seen through processions, those moments when the feeling of a past that looms over the present becomes particularly strong, in each of us. But, this past can be easily seen, at least by a layman’s point of view, from two opposite and associated points: the solemnity and the ridicule. Citizens who all become actors of the sacred representation are living and true but, at the same time, take on such important and worrying roles that leave those who observe them from outside mostly stunned. Do they truly believe? Are they really able to identify those people with Christ, with his torturers, with the people attending, accompanying suffering and exulting? Of course the answer is yes, and it’s not even that difficult. The collective suggestion is a verifiable and moving reality. And what does our Tamara see in her crisp, clean black and white with which she scrutinizes people from a short distance? She sees the Character and the Man so overlapping and indistinguishable from each other that they push us to seriously believe in an ancestral world that, in its total unawareness, walks along the Royal Way.   Tamara Triffez dedicated and dedicates her life to this type of investigation. Perhaps, her most acute interest is Tibet, that tragic historical paradox that is the destruction, or rather the attempted annihilation of a Royal Way that, in the name of a misguided ideology, believes in the possibility of triumphing through elimination. Tamara, as an artist, opposes and always will oppose to any form of cancellation of the legacies which, although different in different parts of the world, are intrinsic to the very existence of the human being.   From this point of view her Sicily and her Tibet are no different; and they are not because it is the artist’s approach that is the same. Tamara gives a sense of participation to those who look at her work. The sequence of images is taken from within the procession and it is not a curious look caused by the peculiarity or strangeness; but, in fact, it is the vision of a participant who, evangelically, does not judge but only looks. And by looking, sees the greatness and weaknesses of the world winding together, because together they have always existed and will always exist. Sure, the characters of the procession, in some extraordinary places as Piana degli Albanesi, are inevitable quotations of the great figurative arts of the past. The Weeping women seem extracted from the wooden statues of the Middle Ages and the Renaissance, the Christ that passes or the lying one seem to be created by the figurative Mannerist culture. But maybe no one needs to know this, not even the artist who wanders among the people with her camera. When she approaches, though, the crowds thin out as if the photographic act were a sacred act itself, because it sanctifies the recklessness of those who do not know why they are there and why they should carry on preconceived attitudes.   In the procession everything has been already written, everything has already happened, but Tamara captures the expressions of doubt, perplexity, distraction, delusion, that show on the faces so powerfully filled with past that they result fascinating as they are. The photos were taken on the occasion of the Easter holidays, in recent times. But the date does not matter, because all this can always be lived, because it is very likely that it has never happened in the exact way we see it in Tamara’s photos. It is not a matter of stopping the time, which is impossible, but of portraying the emotions with a clear awareness that the fiction of art pushes towards the Royal Way.   Tamara belongs to that group of people who see life only as positive energy, but her images do not emanate a feeling of unconscious optimism. The fact is that the artist is keenly aware of what they are representing and its implications but does not treat the people represented as elements of a hedonistic exercise. Despite the clear beauty of these images, there is never the feeling of an ecstatic stop, that seizes that moment as particularly beautiful or charming.   The advance of the photographer in the procession proceeds, however, with the intent to make room within a world that could reject us because we do not know and perhaps fear it. We are afraid of hurting its ancient susceptibility, of not respecting rules that are unknown to us but obvious and granted for the locals; afraid of unintentionally disrespecting it, but only due to a lack of information. All these fears are latent in Tamara’s eyes but then exorcised by the strength of the relationship between the photographer and those who are in front of the camera. Precisely for this reason we get a sense of fullness and dominance of reason and spontaneity that, if well lived, could be good for us.

With my warmest wishes,

In my reports, I venture often in search of ancient cultural roots expressed by humans, in various places on the planet. In recent years I have followed a path that highlights the procedures of human evolution.That manifest themselves through art, myths, religions, to affirm their dignity.My starting point is the event description, the reflection on everyday life, which expresses itself also in religious festivals.Starting from these premises, therefore I have decided to follow the Easter celebrations in Sicily, with the many events that ensue.With enthusiasm and vitality I flew over the staging of the festivities and the protagonists of living paintings.

Sicily is still a land rich in tradition and true ancestral rituals, which still give a testimony on the legendary and multi-cultural origins in the heart of the Mediterranean.The camera lens has followed the Palm Sunday, in Piana degli Albanesi, a village founded by Albanian communities centuries ago, that has preserved its Orthodox tradition, highlighted by an unexpected amount of uses and customs, the Pope, the crosses… the Pope climbs on a donkey, to retrace the entry of Jesus Christ into Jerusalem.Among the many celebrations, I perceived in the representation of Christ’s life of Marsala, the feeling of a journey back in time; glimpses of life in Jerusalem two thousand years ago. The evocative power of the representations is revealed thanks to the intense participation of actors and spectators, all inhabitants of towns and villages.

These are ceremonies where everyone re-lives, through representations, their own way of life and spiritual momentum. As in the exempla of the Middle Ages it comes to a religious and strongly cathartic human experience.I also followed the preparatory representation of the mysteries of Trapani, where young children of various congregations learn to bring the “vare” miniatures. The art of the rhythmic step, the support, and the pace of the “trice e trac”, recurrent instrument in southern Italy, and the subduing of the fanfare (brass bands).I documented processions of Palermo, the procession of the Cocchieri, tradition that has continued since the seventeenth century; the Ballarò market and the Good Friday procession of San Mauro Castelverde, a small village that climbs around a mountainous peak of the Madonie, where you can watch the kiss of Judas, his hanging, the Way of the Cross, the Crucifixion. The pain of a man. During this visit the mountain was strangely enveloped in a dense and cold fog; This introduced a dreamy sense of unease

Each event so indicates a path between the sacred and the profane.On Easter Sunday in Ribera, for example, where men who are exhausted from the long journey and the weight of the different paintings – of representations of Christ, the Virgin Mary and St. Michael – are allowed to drink the holy blessed water as a reward for their devotion. The bottle flies quickly from hand to hand as the crowd, moved, sings and jumps.The band gets excited, the cacophony of the firecrackers explodes, clouds of confetti are released into the air. All to remind us of the resurrection of Christ.Doves flying between the banners and behold, in those days, reappearing beyond the slightly profane expressions, the soul anxious of knowledge, the path of suffering and finally the liberating joy of resurrection

Through the choice of this ancient and profound theme I wanted to pay tribute to the life of Christ, revealing through his extreme suffering, the divine essence, the transcendence. Research that man has expressed for millennia.

We can also say that “the Royal Way”, the title of this report, is an expression that was used in the ancient world. It shows the way, the straight road, by which we avoid the deviations and the twists and turns that can confuse the soul, symbolic approach to the heavenly Jerusalem, the symbol of Christ.