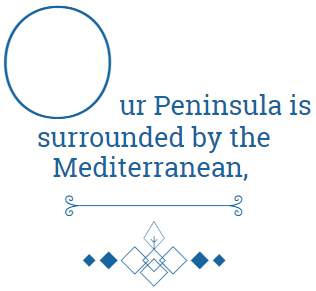 but we only realize it in July, when we bring our families to bathe in it, and see strange shapes on the horizon without wondering what they’re doing and why. We live in a sea that is simultaneously a source of well-being and problems, and it is good to understand its qualities and limitations.

THE MEDITERRANEAN AND US

According to experts, the term “Mediterranean” has many meanings. Fernand BRAUDEL said, “the Mediterranean is a thousand things together. It is not a landscape, but an infinite number of views. It is not a sea, but a sequence of seas. It is not a civilization, but a number of civilizations superimposed on each other. This is due to the fact that the Mediterranean is a very ancient crossroad. For thousands of years everything has crossed it, complicating and enriching its history “.As Southerners, we know the difficulties that our ancestors faced to survive the dangers coming from the sea, this sentence may appear somewhat optimistic, but, overall, you can not disagree with BRAUDEL in his historical judgement.A first aspect of the Mediterranean is the relatively mild climate, at least on the coasts, thanks to the “central heating” given by the Sahara desert, which moves the thermal equator, in our part of the world, much more north than the geographical one.Not surprisingly, some geographers have defined the Mediterranean as the area that “extends from the northern limit of the olive tree to the northern limit of the palm tree.” Let’s be clear: the climate of the Mediterranean is not idyllic, because of its violent storms and cold weather in winter, but it is certainly better than that of many other areas of the world at the same latitudes.By contrast, the lands bordering the Mediterranean are subject to frequent eruptions, earthquakes and tidal waves that have always made life dangerous for the inhabitants. These areas are, moreover, largely mountainous and this for centuries has prevented the development of agriculture beyond mere subsistence. Today we see our well-groomed and filled with crops hills, but this is the result of Italian genius and technical advances.Despite these problems, the Mediterranean area has attracted, since prehistoric times, numerous ethnic groups that tried to escape from an unbearable situation and migrate to its shores in search of a better quality of life. Of course, the newcomers made no bones about exterminating, enslaving, or otherwise subduing those who lived in the chosen places.Only in very recent times the mass migrations have taken a less violent character, becoming a simple fleeing from war and injustice, although many governments have exploited these poor people for their own political purposes; perhaps this is also why the reaction of the residents in the privileged zone of the Mediterranean is not always welcoming. These mass arrivals from the east and from the south make us understand why our sea, where many flow lines cross, should be considered a “strategic crossroad”, militarily and, above all, commercial.In fact, international trade has always been the best way to earn a living for the people of the Mediterranean. This brings us to the definition that this sea is “the focal point of trade, accumulated wealth, which changed hands and sometimes was lost forever, so that the Mediterranean can be measured by its broader implications.”Hence the current concept of “Enlarged Mediterranean”, which also includes the Red Sea, to the Strait of Bab-el-Mandeb and the Horn of Africa, areas in which events have immediate repercussions on us. Suffice it to say that in the eight years in which piracy has acted with no one contrasting it, from 2000 to 2008, the price of cereals increased while transits through the Suez fell by 20%, resulting in a net depletion of Egypt .In fact, the Mediterranean is a closed sea, almost like a well packaged candy, where the paper is twisted at the end, so as to retain the contents. For the Mediterranean, these twisted ends are precisely the constrictions of Gibraltar and the Suez / Bab-el-Mandeb, whose “owners” can strangle the economic life throughout the basin as they please.Inside it, the main traffic line runs eastward, first passing near the North African coast, then crossing the Strait of Sicily and taking the eastern part, in the open sea, up to Suez. From this line, other north-south direction flows branch off, towards the ports of the north shore, connected with Central and Eastern Europe.But the maritime traffic in the Mediterranean is more than anything a segment of what today is called the “New Silk Road”, a huge flow of merchants transporting raw materials and manufactured goods between Asia and Europe, passing through the Strait of Malacca , the Gulf of Aden, Bab-el-Mandeb and Suez, to then enter the basin.We have seen that, in the years of maximum development of piracy, the Mediterranean has been depleted. This is a phenomenon that repeats itself: even centuries ago, in the years following the capture of Constantinople, the traffic with Asia moved on “Cape Route”, impoverishing the Mediterranean populations with rising prices and leaving our ports half-empty. The risk is that this phenomenon will repeat again!Our Mediterranean destiny therefore requires some clear strategic priorities. No defense of our quality of life will be possible if we do not act on two fronts:– the control of marine spaces, so as to reduce the illegality and crime at sea, and the protection of the main traffic lines against those who wish to attach them, in the enlarged Mediterranean and, if necessary, also beyond;– the further development of the maritime economy, a sector whose growth potential is enormous: our ports are woefully inadequate compared to the characteristics and needs of merchant ships today. Suffice it to say that only Gioia Tauro, a node in the international container traffic, is able, for its depths and equipment, to meet these needs.In conclusion, the Mediterranean is our main source of well-being and can become the engine of the development of our South, and more generally of the whole pet of Italy that faces it. We must be aware of its features and its limitations, and take action to minimize the latter for the benefit of the generations that will follow us. 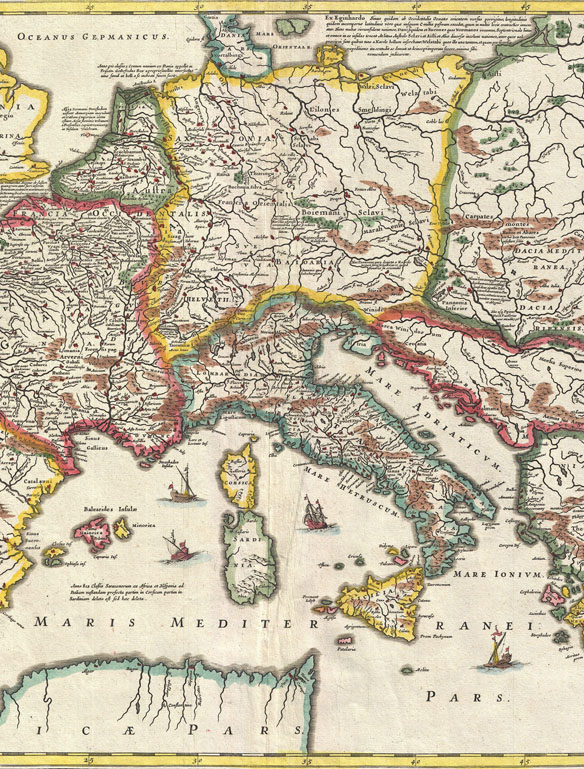